Our client operates base transceiver stations that communicate between the wireless network and the end user. The project’s goal was to create a new UI with a modern backend solution to access and analyze a lot of data points faster.
Our client needed a platform independent solution, so we choose Python for implementation. Python helped us in handling large amounts of data in a short time while speed was also a large consideration, since the client needed real-time handling of data as we needed to visualize it with canvas based spectrums (line and waterfall). In certain situations, the software will be required to process and visualize measurements consisting up to 64000 points in a fraction of a second. Communication between the browser and the backend was implemented through a websocket. 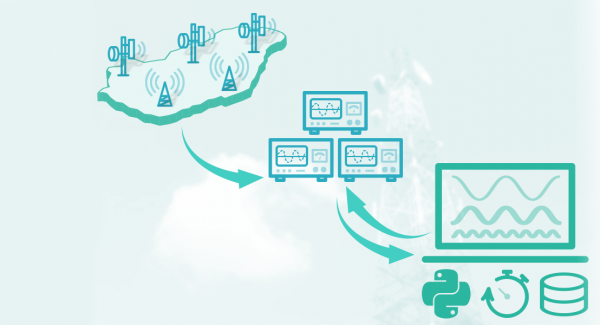 For the second half of the project the client required us to create an efficient solution for storing measurement results in a database while also scheduling automatic executions of future measurements. Scheduling these activities with a predetermined report format was a regulatory compliance requirement by the International Telecommunication Union (ITU).

We used Scrum for this project, due to the rather short schedule and frequently changing partner requests. We determined that 1 week sprints will be needed as it was better for both parties to get feedback fast and often.
The last stage of the project was the deployment of the analytics software at specific measurement stations around the country and collecting data to a centralized database.

GET IN TOUCH WITH US!