On the 8th of August, 2014 we organized the world’s biggest online meditation so far.

More than 100.000 people attended the online event from almost every country to participate in the one hour long meditation, and more than 30.000 have taken part in the whole event – from the beginning to the end. This was a record amount, and so it got into the Guiness Book of World Records.

The Global Meditation was also a huge responsibility for us, because it was important that everything goes smoothly during such a high traffic event. For so many people to be able to connect to the event at the same time, a complex system had to operate in the background that evenly divided the load between the servers, beside logging user activity for the world record attempt.

We successfully met the challenge and login went smoothly for the users, and so we provided an enormous amount of people with the possibility to be able to meditate for peace without any disturbances; and this is “officially amazing”, as it stands in the Guiness certification.

GET IN TOUCH WITH US!

Feedback from our customer 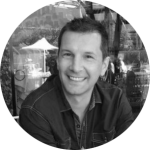 “I started working with Stylers Group in 2009. Through the years, I have been lucky to see their professional growth. They can meet complex business requirements with their softwares. During our projects, I’m always suprised by their ideas and agile thinking. I hope that our good business relationship will continue for many years to come.”